RAID is an acronym for “Redundant Array of Independent Disks”. A RAID consists of 2 or more drives working in parallel. It is designed to improve drive performance, reliability and provide parity i.e. prevention of data loss using data redundancy and back-up in case of a drive failure. There are various types of RAIDS, and more complex “levels” often include the use of a designated ‘parity’ drive to provide redundancy of information.

When considering the performance benefits (or lack thereof) of SSD and/or NVMe M.2 RAID 0 in your workstation, you need to think in terms of CPU lanes & Chipset lanes.

If you install multiple high-speed devices on the Chipset lanes (such as NVMe M.2 PCIe 4.0 Drives) all that data is being routed through the 4x lane connection to the CPU. You’ll get all the bandwidth to each device but not necessarily all at the same time. 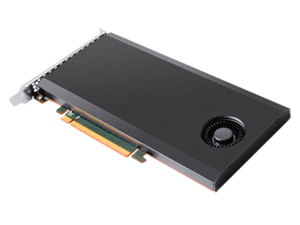 However, there IS a solution – a M.2 RAID Adapter.  This adapter allows you to put 2 to 4 devices on a single 8x lane slot. Even though this means that the GPU will now only have 8x lanes for itself, this does NOT create a performance issue.

To use an M.2 RAID Adapter, the MB must support “Bifurcation”. This process splits 8x lanes into 2x 4-lane (4+4) virtual slots. This is done through the setting in the MB bios.

There is a BIG difference between CPU & Chipset lanes when it comes to Sequential File Transfer Rates. The best Benchmark Test results will be seen across the CPU lanes when you have the drives on the RAID adapter or the 2nd PCIe slot bifurcated to 4+4 running directly to the CPU.

Can I RAID My Drives and Make Them Faster? 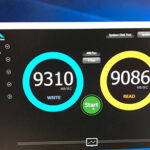 The answer is “NO”. The reason is that ‘Striping’ your drives (RAID 0) DOESN’T make them faster! It will make your Sequential File Transfer Rate test results look pretty but it doesn’t do anything for real-world performance. Plus, you’re at risk of losing all your data should a drive fail.

The bottom line is that in 99% of all situations, “RAID 0” is pointless for SSD & NMVe M.2 drives. All it does
is give you a drive twice as large with easy access… it doesn’t do much for real-world performance. RAID is to increase storage capacity and/or provide data redundancy. Since the primary benefit is the increased capacity, our advice is to always buy the largest capacity SSD and NVMe M.2 drives available. 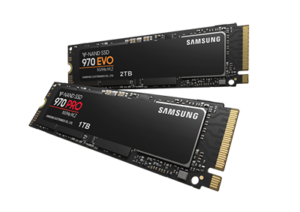