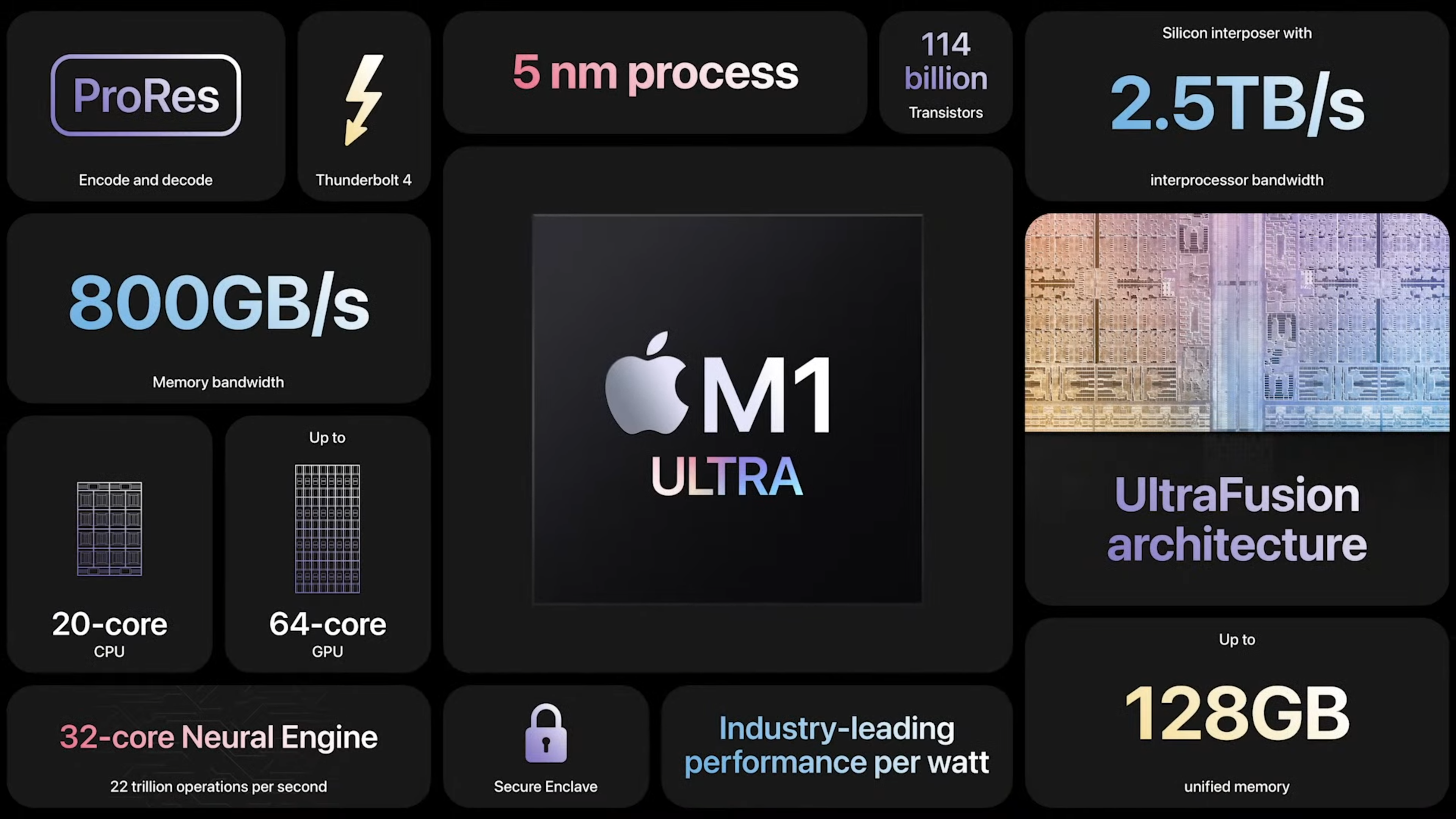 How well does Apple’s new M1 Ultra Silcon Chip perform compared to systems with a dedicated GPU? We thought we’d find out…

On the Apple website, we found the following graph & accompanying quote: “For the most graphics-intensive needs, like 3D rendering and complex image processing, M1 Ultra has a 64-core GPU — 8x the size of M1 — delivering faster performance than even the highest-end PC GPU available while using 200 fewer watts of power.” This was clearly a reference to the Nvidia RTX 3090 24GB GPU.

Based on our experience with the RTX 3090 we had our doubts and decided to test them ourselves. 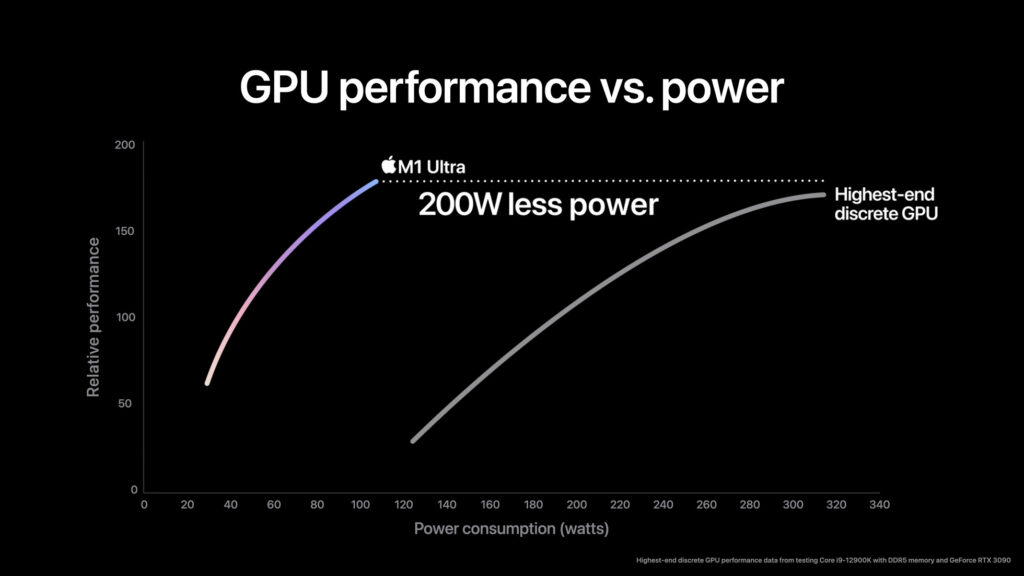 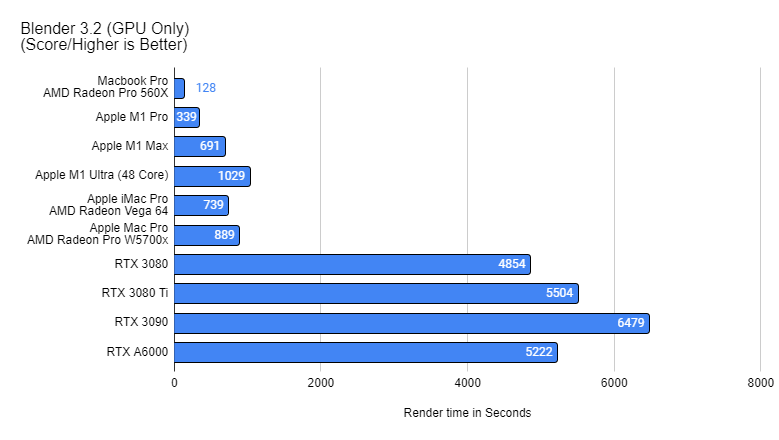 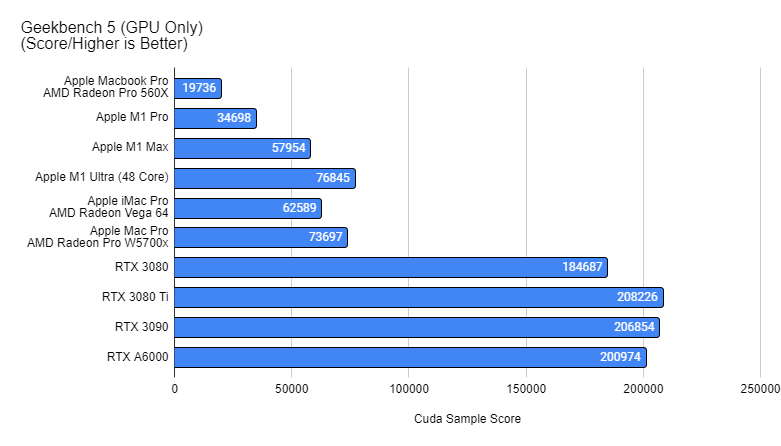 Apple achieved this misleading comparison by cutting off the graph before the Nvidia GPU got anywhere close to its maximum performance.

The M1 Ultra has a max power consumption of 215W versus the RTX 3090’s up-to 450 watts. In the chart, Apple cuts the RTX 3090 off at about 320 watts, which severely limits its potential. Let the graph run to 450 watts, and Nvidia wins by a mile. We don’t know if there’s any graphics card that can really compete against Nvidia’s latest graphic cards, but it’s certainly not anything from Apple.

If you want a lot of processing power plus great GPU performance and power efficiency at a relatively affordable price, nothing can touch Apple Silicon. However, if raw power is your priority, Nvidia is still your best choice – and looks set to remain so for the foreseeable future.